John Murphy, 66, went from second hand car trader – convicted in the 1980’s twice for offences related to car clocking and once for tax evasion – to the boss of one of the UK’s biggest chauffeur firms.

Over the last sixteen years, Murphy has not only persuaded global brands such as Emirates Airlines to hand him multi-million pound contracts, but he also managed to keep the authorities at arms-length, allegedly thanks in part to the Emirates connection.

Murphy was able to run such an unprecedented fraud for years after police refused to investigate him, according to The Times.  Despite being based in Cheshire, PCS went more than 200 miles to Berwick council to obtain an operator’s licence. It also used a licensing official at the council to establish a structure that the company said exempted its drivers and cars from normal licensing rules, using Scottish law. Drivers were given official-looking cards and told to show them to police if stopped.

Officials and lawyers at several councils who investigated PCS considered the structure to be a scam and licensing experts say it allowed Murphy to avoid the scrutiny of regular MoT tests that might have uncovered clocking sooner.

Northumberland council, which had merged with Berwick and received repeated warnings about Murphy’s conduct, moved to rescind PCS’s operator’s licence in 2014 but only after a complaint from a local landlord that his property, which was supposedly being used as the company’s dispatch centre, had been empty for years.

However Murphy withdrew his own licence before he could have it revoked, having secured another licence from Transport for London (TfL) — despite having no working dispatch centre in the capital.

PCS and its chauffeurs were allowed to operate with TfL licences for more than two years even though one of the authority’s own investigators discovered that Murphy had persuaded a topographical test centre in the capital, where drivers are assessed on their knowledge of London’s roads, to provide the answers in advance. The test centre has since closed.

Despite applying for licences across the country, Murphy was in fact operating from Runcorn which is controlled by Halton Borough Council.

The council repeatedly failed to act over allegations of licensing irregularities despite receiving repeated warnings and complaints about the company from business rivals, members of the public and even the local MP.

The Times newspaper obtained evidence that one of the council’s licensing officials received allegations that Murphy was clocking cars seven years ago but no action was taken for a further four years.

The same official was sent documents showing that vehicles were not insured or were using the wrong insurance but again no action was taken against the company. When the official left Halton council in 2015 he went into a job at PCS and has worked for the Murphy family since.

The failure by licensing officials to act against PCS extended to the police. Greater Manchester police also allowed Murphy to run an illegal multimillion-pound business for years, according to The Times.”

Following a two and a half year investigation by Warrington and Halton trading standards, believed to have been their biggest car clocking investigation, John Murphy was successfully prosecuted along with PCS Events Limited for removing at least seven and a half million miles from his fleet of more than a hundred Mercedes.

According to The Times he failed to properly maintain, license or insure vehicles, leaving not only high-profile clients such as David Beckham, Wayne Rooney and Emirates passengers at risk, but also his own drivers.

PCS was found guilty in November last year of car clocking and fined £250,000. Prison sentences were given to Murphy, his stepson, Paul Arslanian, his daughter Laura partner, Christopher Lunt who was the firms transport manager, head mechanic Trevor Jones and an MoT tester, Simon Williams.

Chances to convict Murphy earlier were missed because police and council officers were allegedly worried about upsetting Emirates, the company’s largest corporate client and an important in investor in the north of England.

A task force set up two years before Murphy’s conviction, which included the Metropolitan Police, a national vehicle crime agency and Manchester airport police carried out an intelligence operation prior to stopping some of his drivers in March 2015 where they discovered insurance and licensing offences but failed to prosecute.

In a statement Solihull Council said: “PCS Events were failing to meet their legal obligations on both insurance and licensing”, yet PCS were allowed to continue to carry passengers.

Bill Bowling from the National Limousine and Chauffeur Association has questioned that decision. He said: “When an operator is found to be either unlicensed or not properly insured there is no option than to prohibit any further operations immediately and not give an extended time to become compliant.

“They were not dealing with a single individual who did not know the rules, but a major multimillion-pound company who appeared to be flouting the law.”

Minutes from the meeting, written by an official from Solihull council and seen by The Times, noted Manchester airport police inspector was ‘worried about any reputational damage towards Emirates, the airport and the police’. The inspector replied: ‘During our conversation I did not commit to any involvement in this.

‘I need to be clear that my stance remains the same that no airport resources will be utilised in targeting PCS/ Emirates and no activity should take place within the Manchester Airport footprint. This is endorsed by the Airport Police Commander.’

Yet, The Times also reports that one individual was threatened with arrest by the same police force for wasting police time is they continued to report PCS. The newspaper investigation also points a finger at Emirates for allegedly ignoring warnings about licensing irregularities and consecutive bankruptcies.

The Dubai-based giant also kept its contract with Murphy going despite his convictions for fraud, drink-driving and tax evasion.  PCS also worked for X Factor and even managed to win a contract to transport dignitaries at the G8 summit at Lough Erne, Co Fermanagh, in 2013.

Greater Manchester Police said: ‘Despite requesting details from the licensing official, insufficient intelligence was supplied to begin a formal investigation.

‘We do not take corporate interests into account. We look at the impact of any police or other authority actions on the airport community including the travelling public. Any action must be proportionate to the intelligence. We believe correspondence could have been taken out of context.’

Emirates stated it did not request to see the criminal records of suppliers and added: ‘We received assurances that PCS Events Ltd held valid licences, and we refute claims we knowingly retained a supplier that did not have the necessary licence to operate.

‘We refute any inference that untoward personal relationships were involved in the appointment of PCS Events Ltd and Sapphire Travel Management.’

In a statement to The Times, John Murphy stands by what was described as a licensing scam by officials, stating “the Scottish exemption was legal.”

Murphy said: “Complaints made to Emirates, the police and licensing department at councils were by rival companies motivated by jealously.”  This week, Thursday 1st March, Tristar Worldwide took over the Manchester Airport contract for Emirates Airline, resulting in the Murphy family having no further connection to Emirates Airline.

Show For Me Limited controlled by the Murphy family and trades under the trading name, Sapphire Travel Management currently has no director, a legal requirement according to Companies House.

On the 17th January this year James Murphy resigned his directorship, with Laura Murphy being the person of significant control since last March, as well as PCS Events Limited.

Last month, February, Ms Murphy set up another chauffeur company, Sapphire Travel Management Limited raising the question as to what will happen to Show For Me Limited.

A spokesperson for Companies House confirmed it is an offence not to appoint a director to a Limited company and directors must be appointed and Companies House notified within 14 days. 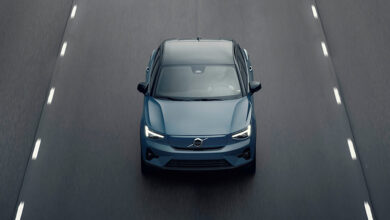 Volvo joins race to be fully electric by 2030 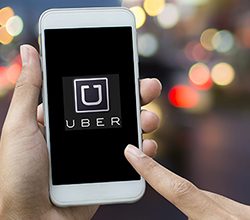 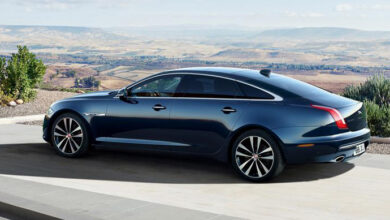